As a follow up to our BlackHat EU 2015 presentation about benign applications not securing user data in the cloud (Backend-as-a-Service) we also looked into malicious applications whether we can find similar data leakages. In a collaboration with McAfee Security Lab (Intel Security Lab) we analyzed 294,817 malware-laden mobile apps and found that 16 of them are connected with vulnerable Backend-as-a-Service instances implemented in Facebook Parse. Since the malware authors did not secure the backend (BaaS-backend) securely we had access to the complete database including Command&Control (C&C) communications and tasks for victims. This gave us very interesting insights about current state-of-the-art C&C communication/protocols in the context of mobile malware.
The results were presented at VirusBulletin 2015 and AVAR 2015. More details can be looked up from our whitepaper and the corresponding slides. This project is also part of McAfee’s Q4 Threat report. In a joined work together with Nicole Eling and Prof. Buxmann from TU Darmstadt, we published a very interesting market experiment on users’ reaction to fine-grained permission requests. This work thus explores the following research questions using a self-developed mobile application:

END_OF_DOCUMENT_TOKEN_TO_BE_REPLACED 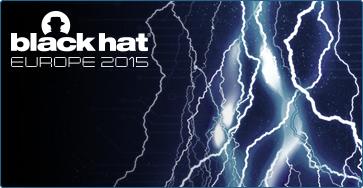 At this year Black Hat Europe conference, we will talk about our Backend-As-A-Service investigation, which we published a couple of months ago.

The talk will contain a full disclosure about our investigation including details about our automatic “exploit generator”.

Title of the talk: “(IN-)SECURITY OF BACKEND-AS-A-SERVICE PROVIDERS”
Abstract

If you are around, feel free to join our talk and also to meet at the conference.

We are looking for an interested student who wants to write her/his bachelor-thesis at the Secure Software Engineering Group about Android Security.

END_OF_DOCUMENT_TOKEN_TO_BE_REPLACED We gave a talk about CodeInspect at the CARO 2015 workshop in Hamburg. The slides and the live-demo (video) are available here: https://goo.gl/LblcR5

The main elements of the CodeInspect demo are:

If you are interested in further videos about CodeInspect, you can find them here: http://sseblog.ec-spride.de/2014/12/codeinspect/

Our talk about our new Android bytecode analysis framework CodeInspect got accepted at the CARO (Computer Antivirus Research Organization) workshop 2015.

There will be also a demo-table reserved for CodeInspect where we will do some live reverse-engineering.